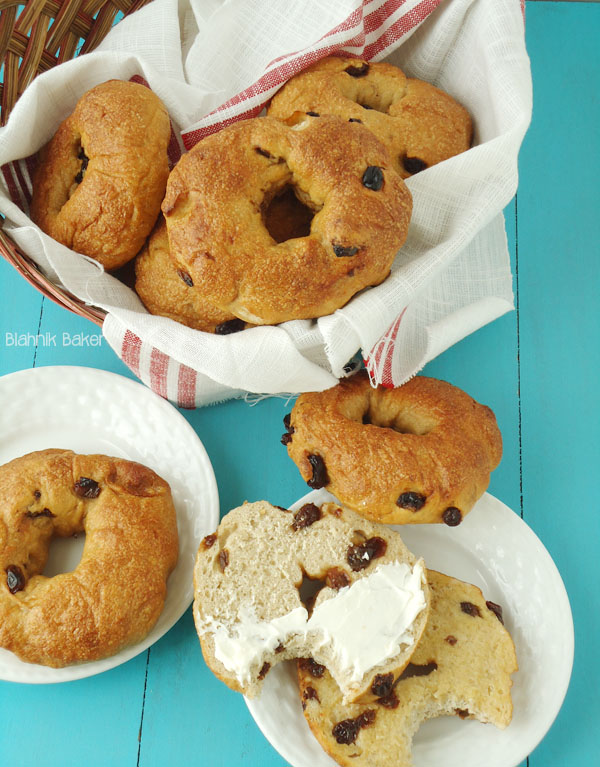 Who doesn’t love a good bagel? I used to eat bagels all the time in college and I never considered making a homemade bagel until I saw Lindsay’s July Kitchen Challenge. Having never worked with yeast before, I was quite nervous of how this would turn out but excited at the same time to finally use the dough hook that came with my kitchenaid mixer almost a year ago. 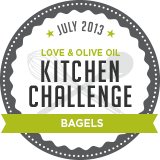 So of course, I decided to make my favorite kind; cinnamon raisin! After reading several recipes and how-to videos, I settled on a recipe from Peter Reinhart’s Artisan Breads Every Day

found on Epicurious. The recipe highlights most of the important steps that goes into making a soft, chewy bagel; including making a dough sponge that is chilled overnight and then boiled before baking. There are a few shortcut recipes around but I wanted to have the whole experience if I was going to do this. 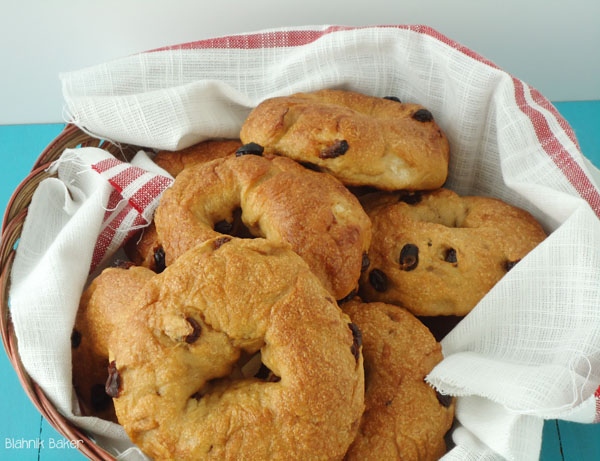 Bagels are made with high-gluten flour or bread flour and it’s the extra gluten in the flour that gives it that distinctively chewy texture that we all love so much. The process of making bagels starts with making the dough, which after kneading should be silky and not-sticky. You will then allow the dough to rise at room temperature for an hour or two before shaping the bagels and chilling overnight. 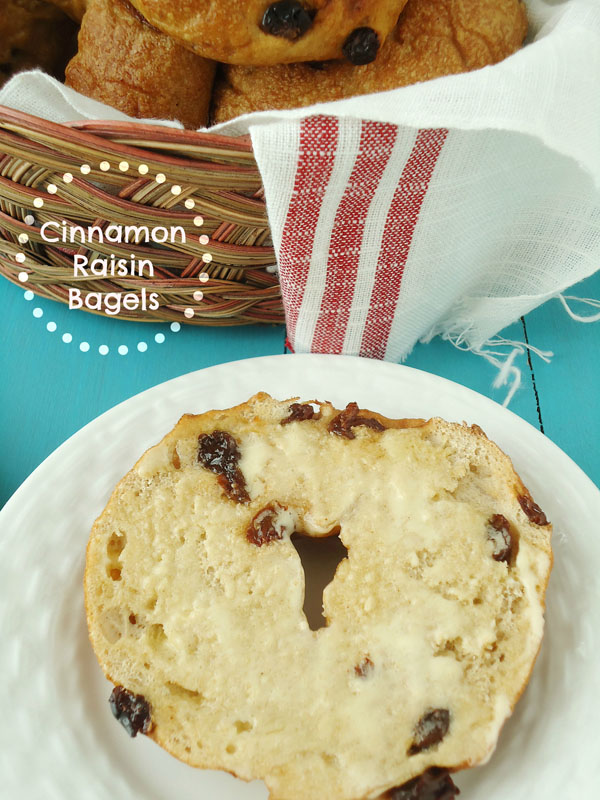 Did you know that bagels are boiled? Yes, they are boiled before baking. After chilling the dough, the bagels are subjected to a floating test and then boiled for 2-3 minutes. This boiling, in addition to the high gluten, makes bagels chewy and crusty. I never knew that! The things you learn in the kitchen!

The end result are very soft, chewy and crisp bagels. I loved the faint flavor of cinnamon and the juicy raisins in every bite. I love my bagels un-toasted with cream cheese (weird I’ve been told) and that’s exactly how I had my first taste!! 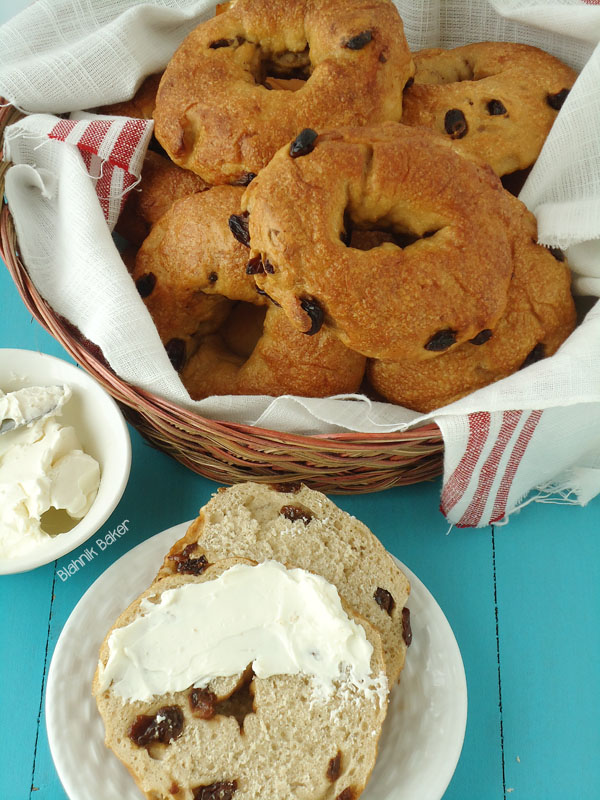 My verdict: It may have taken two days, but the process is not very involved and quite straightforward. Making the dough as a first timer took some time but once I got over the fact that my kitchenaid mixer (poor Suzy!) wasn’t going to explode, it was simple. We enjoyed our soft cinnamon raisin bagels very much. I will be making more bread in my kitchen after this experience. Of course, knowing me, my beginner’s luck will run out the next time (ahemm macarons) but stay tuned for more bagels in the future because the flavor combinations are endless!

Recipe:
You can find the detailed cinnamon raisin bagel recipe on Epicurious. I followed the instructions closely as possible. I found the first method of shaping the bagels worked best for my tiny hands. 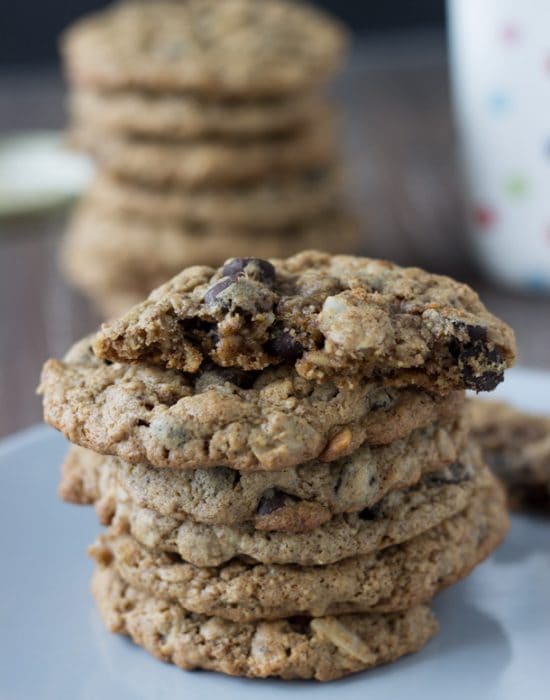 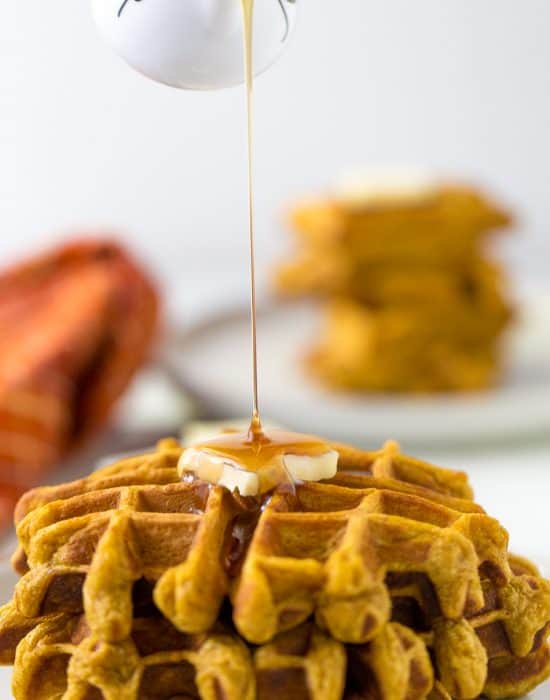 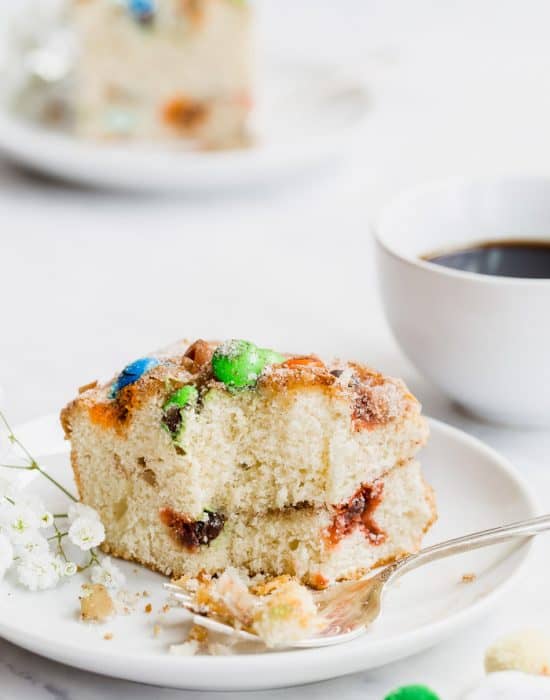